This repo serves as a companion to our recent docking simulations on the SARS-CoV-2 main protease.

It contains descriptions of workflows and exact versions of all software used. The goals of this study were to: 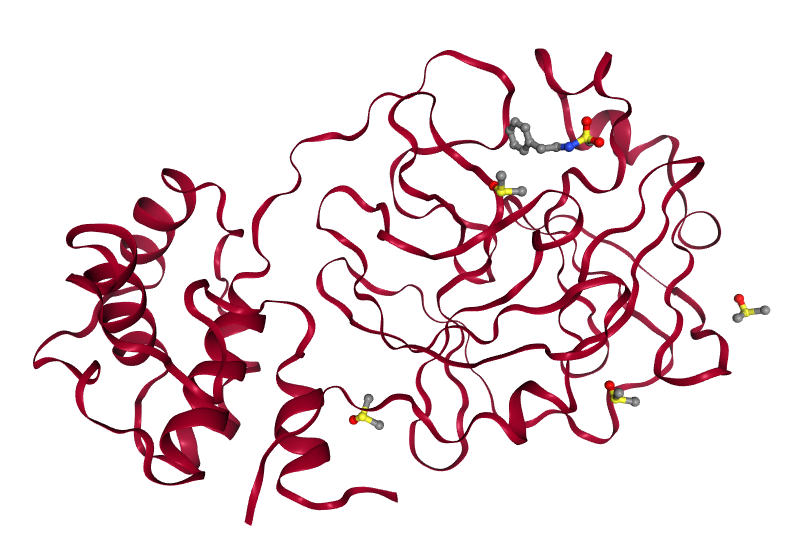 The diagram below describes the worfklow used in this work. Further details of the steps can be found in the compound enumeration and Docking and scoring workflow sections. 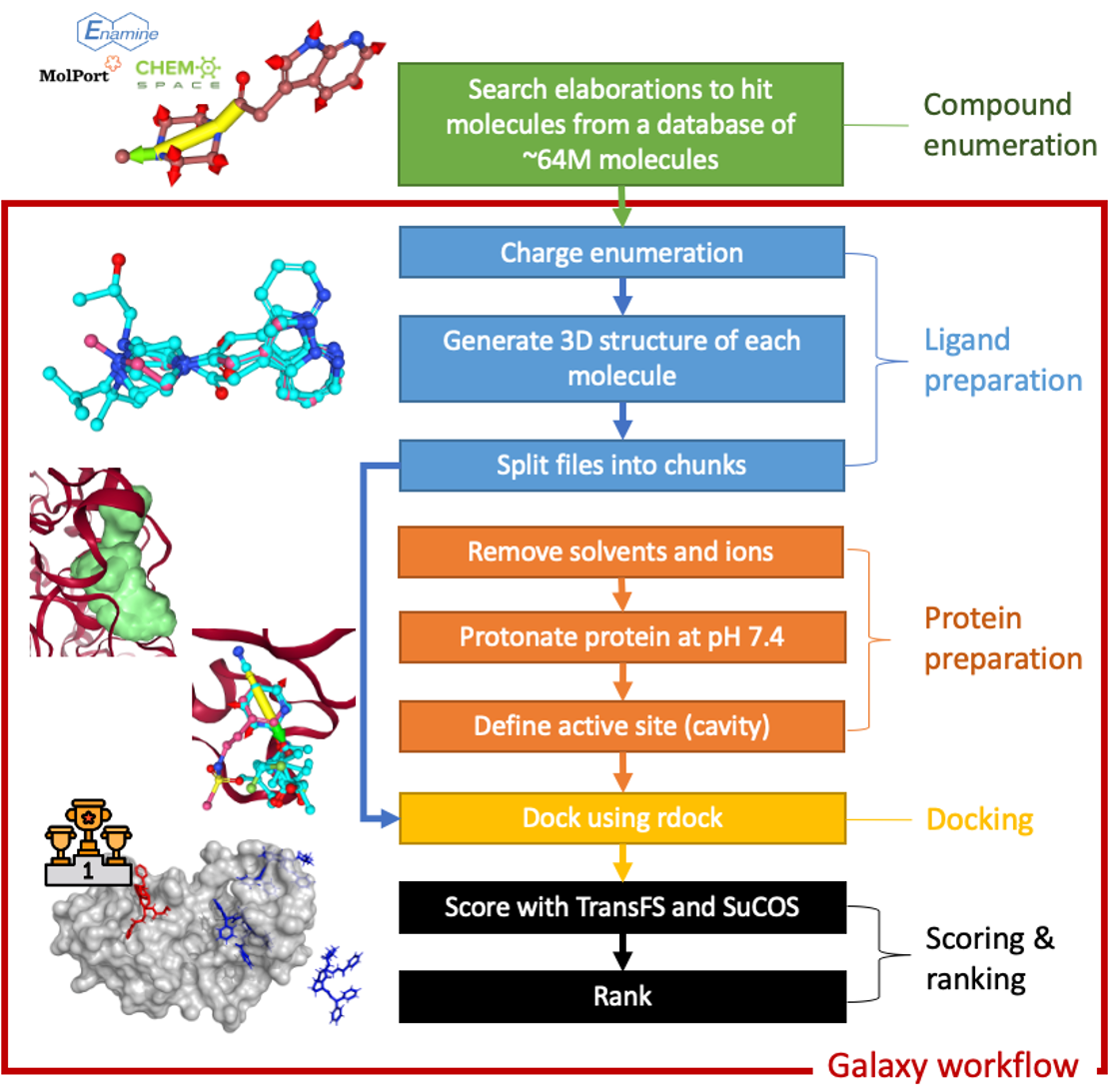 An initial list of ~42,000 candidate molecules was assembled by using the Fragalysis fragment network (opens new window) to elaborate from the initial fragment hits. The fragment network takes a big set of compounds, and splits them up into parts – rings, linkers and substituents. These parts form the nodes in a graph network. The edges between these nodes describe how the bits of molecules can be linked together to make new molecules. From this information, we know how we can change a molecule by searching the network for new bits to add to an initial hit, with transformations described along the edges in the graph-network.

The enumerated compounds were used as inputs for the docking and scoring workflow. The workflow consists of the following steps, each of which was carried out using tools installed on the European Galaxy server:

Of these steps, the third (docking) is the most compute-intensive. Here, the project benefited from the enormous distributed compute capacity which underlies the European Galaxy project. Over 5000 CPUs were made available, provided by Diamond’s STFC-IRIS (opens new window) cluster at Harwell, UK and the de.NBI cloud (opens new window) in Freiburg, Germany. With each docking job requiring 1 CPU, thousands of poses could thus be docked in parallel, allowing millions of poses to be docked over a single weekend. The fourth step (pose scoring), while less computationally expensive, was accelerated thanks to GPUs provided by de.NBI and STFC. In total, the entire workflow described here took around 120,000 hours of CPU time (13 years) to complete.

All data is publicly available via https://usegalaxy.eu (opens new window), together with the workflows used for data generation, and we are working to provide more detailed documentation that will allow other users to perform similar studies, including on other systems. Histories for each fragment structures are provided here.

Having identified promising candidate ligands, we are now looking for funding to purchase compounds as a basis for further experimental study.

In addition we will be looking at newly released data here → Updates: Analysis of additional data