The original study proposes a list of experimentally observed peptides for their possible use in targeted method development. The bioinformatic workflow used a stepwise search wherein a first search against contaminant and bovine proteins was used to eliminate spectra that were associated with any adventitious proteins. In the second step, the data was searched against the protein database with Chlorocebus sequences and the Italy-INMI1 SARS-CoV-2 sequences to detect SARS-CoV-2 peptides. The peptides detected from six viral proteins were further analyzed for their proteotypicity and specificity.

The Galaxy workflow presented here follows most of the original workflow, wherein RAW data is initially converted to MGF and mzML format. The MGF files are searched against the contaminant database using X!tandem, MSGF+, OMSSA and C search algorithms. Later, spectra associated with adventitious proteins were eliminated using MSMS Extractor. In the second step, the dataset was searched against the protein database with Chlorocebus sequences and the Italy-INMI1 SARS-CoV-2 sequences.

Our workflow analysis resulted in detection of 139 peptides from six SARS-CoV-2 proteins. The detected peptides were later subjected to analysis by PepQuery and Lorikeet to ascertain the quality of peptide identification, few of the spectral visualization are shown below. 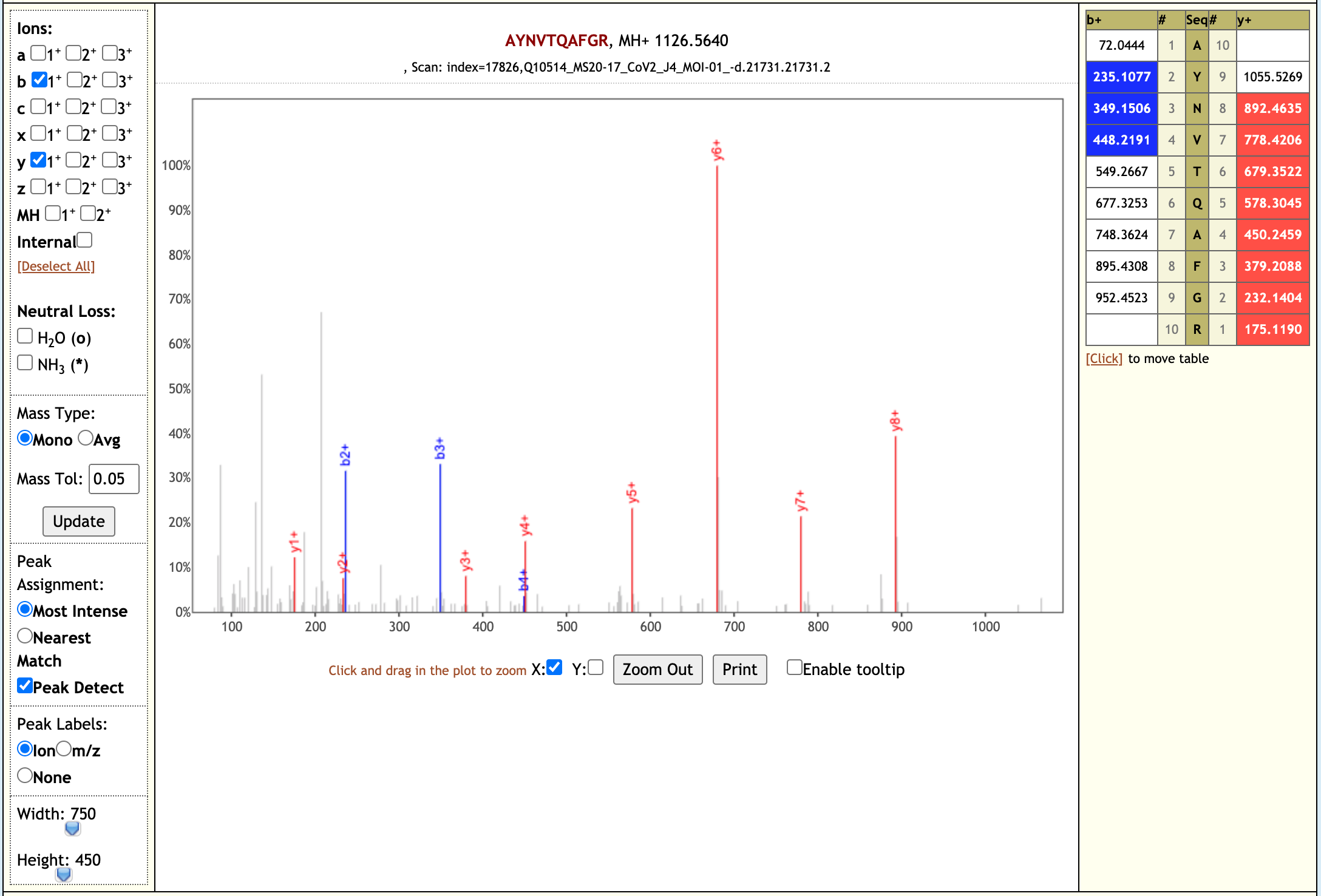 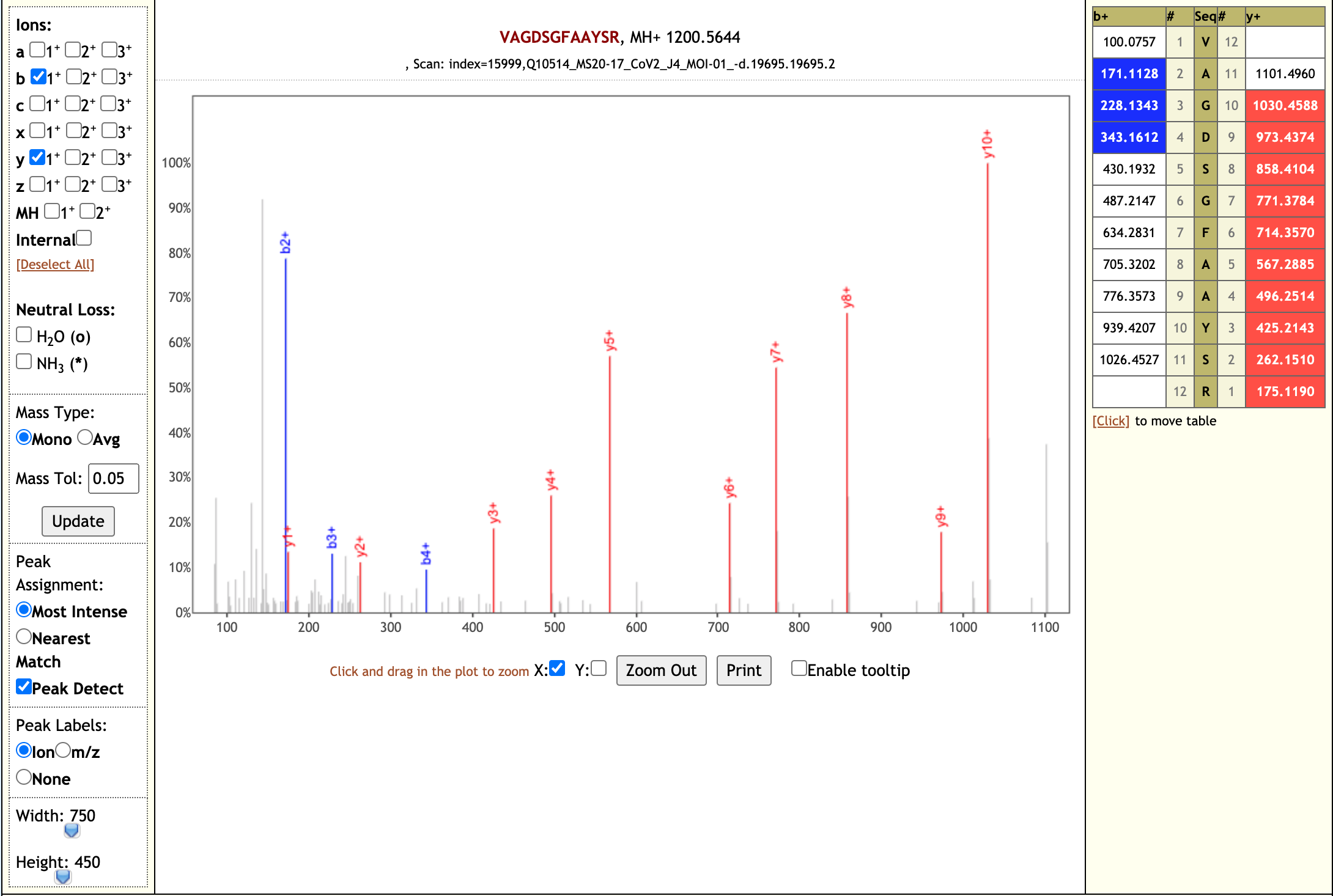 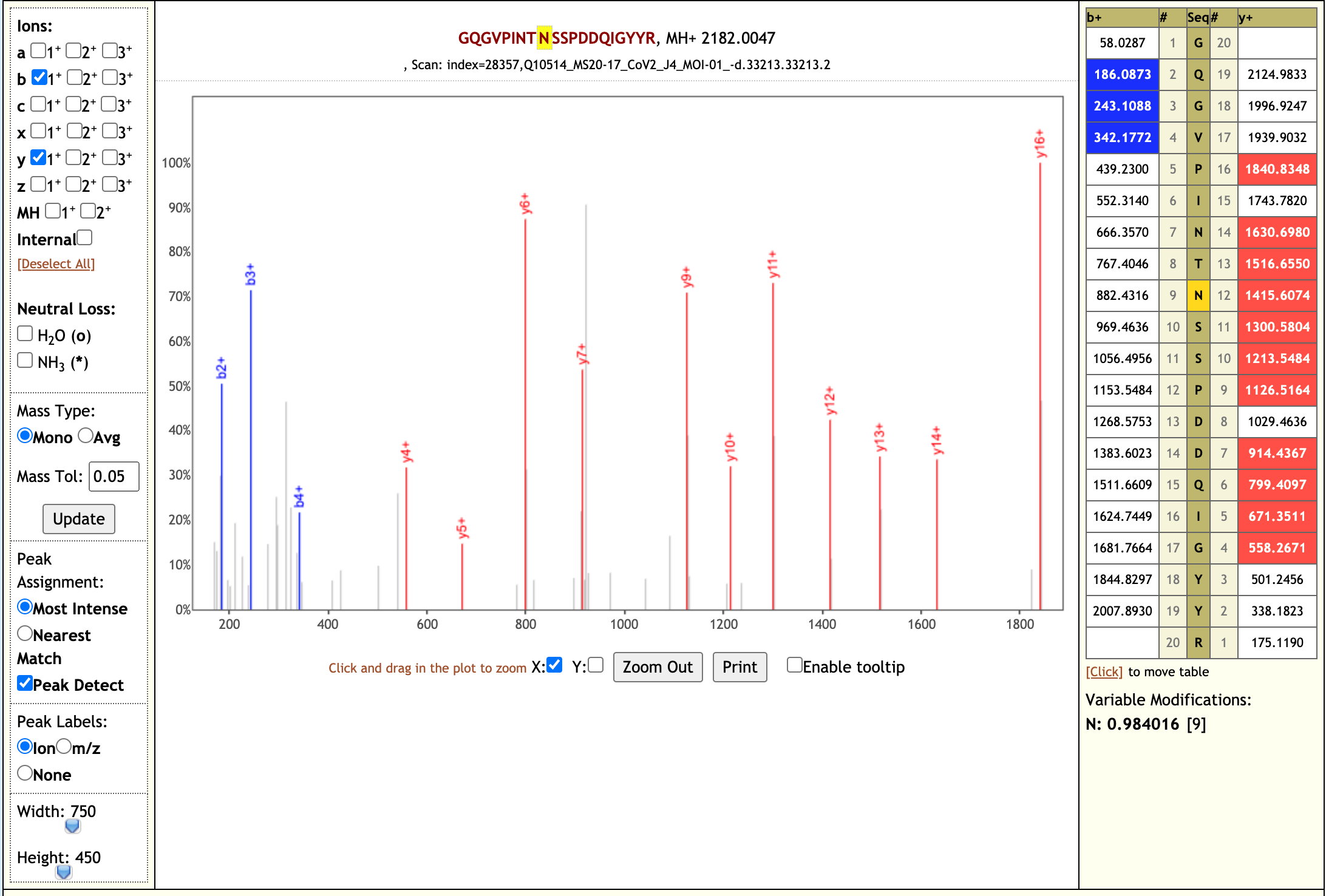 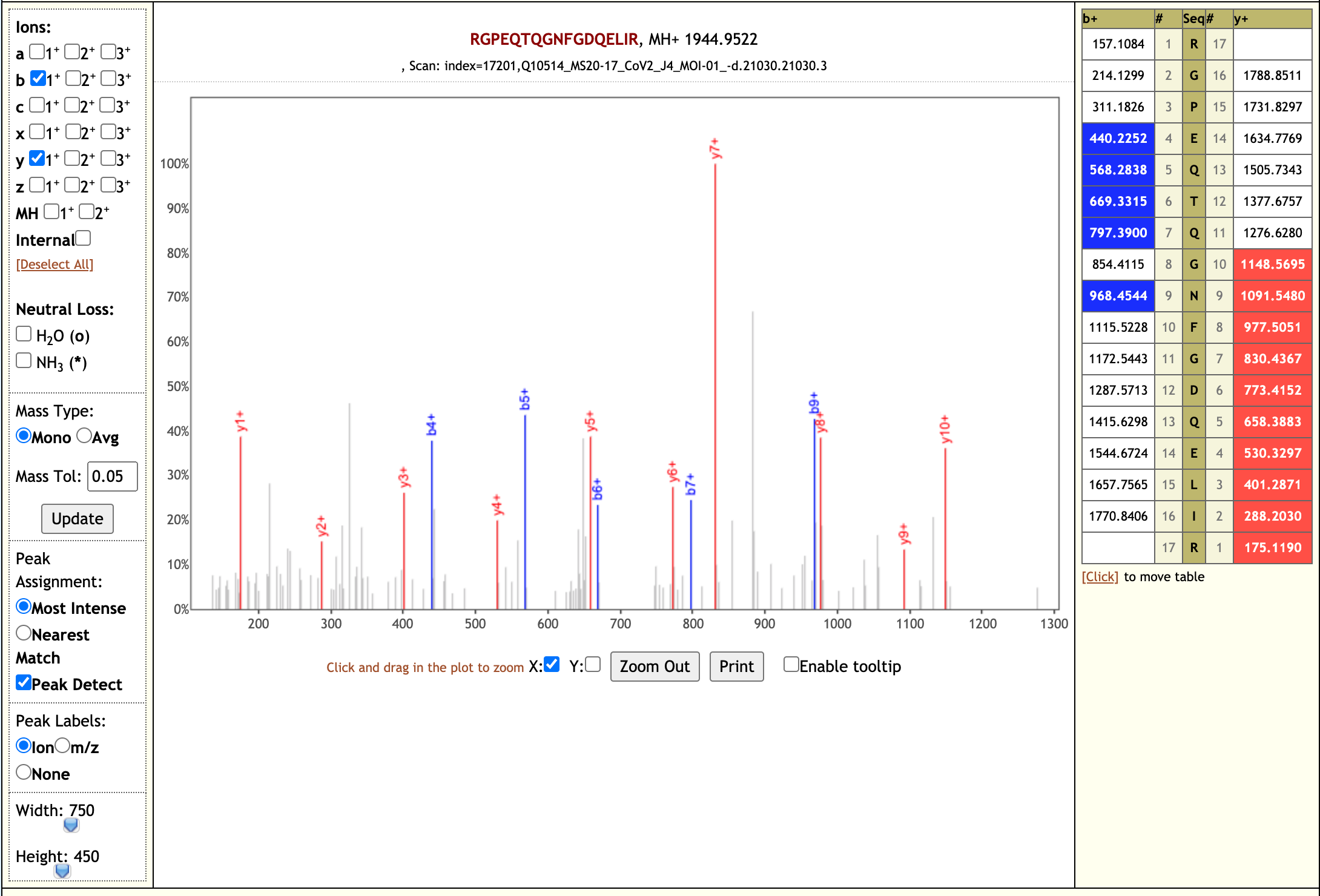